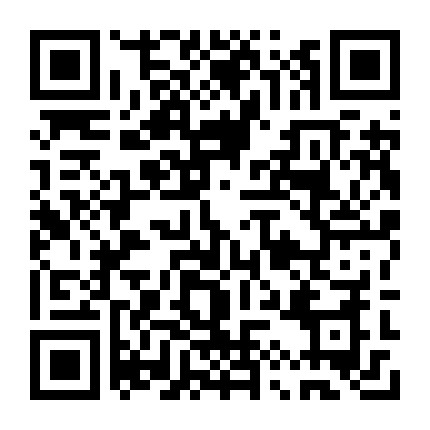 Most Popular Plastic Surgeries in 2008

When the economy slows, it seems we get somewhat less superficial. The market downturn caused the first double-digit percentage pullback in plastic surgery procedures since 2002.

In a new survey released March 16 by the American Society for Aesthetic Plastic Surgery (ASAPS), which has been conducting the survey since 1997, there were more than 10 million surgical and nonsurgical cosmetic procedures performed in the U.S. in 2008. That\"s about 1 million less than in 2007, representing a 12 percent decrease in the total number of cosmetic procedures.

"By the third and fourth quarters of 2008, we noticed a pullback in all types of procedures," says Dr. John Shieh, M.D., of RejuvaYou Medical Spa, located in the greater Los Angeles area.

In Pictures: Most Popular Plastic Surgeries of 2008

A pullback is one thing, but what plastic surgeons are seeing can hardly be called a downturn, as the cosmetic surgery business still raked in nearly $12 billion last year. But the popular procedures of today are very different from those of 10 years ago, in part due to advances in medicine and technology. While all procedures are up about 65 percent on average since 1997, nonsurgical procedures are up 239 percent—mainly driven by the popularity of Botox.

Botox injections, which decrease muscle activity that causes wrinkles, jumped from 65,157 treatments in 1997 to more than 2.4 million in 2008, bringing in $1 billion. That\"s more than any other procedures, both surgical and nonsurgical.

The ASAPS has over 2,400 members, mostly in the U.S. and Canada; all U.S. members are plastic surgeons certified by the American Board of Plastic Surgery. To find the most popular cosmetic surgeries and other industry data for 2008, the ASAPS sent a survey to 16,000 board-certified physicians. A total of 894 (461 plastic surgeons, 277 dermatologists and 156 otolaryngologists) completed the survey in time for tabulation.

"[The procedures] are lower cost, and the recovery time is much less," he says.

Ellenbogen\"s patients are not just tightening their purse strings, they\"re also concerned about taking too much time off of work in an economy that isn\"t synonymous with job security.

At the same time, Dr. Ellenbogen says some of his patients who were close to retirement but forced to stay on feel as though they need face treatments to compete with a younger workforce.

Therein lies the popularity of Botox. The injections smooth lines and wrinkles in a 30-minute treatment for a few hundred dollars, whereas a face lift averages more than $6,000 and requires up to two weeks of recovery.

Face lifts are up a mere 33 percent from 1997, while Botox treatments are up more than 3,600 percent since then.

What goes for face lifts goes for other procedures as well. In 2008, surgeons say, patients started losing interest in surgical liposuction, which was down 25 percent since 2007 in part because of the introduction of less invasive fat-removal procedures such as RejuvaYou\"s LipoLite laser fat removal in August of 2008.

"We saw a record business in August because of it," says Dr. Shieh. "People like LipoLite because they can be back to work in one to two days, versus one to two weeks, and get the same results."

Despite LipoLite\"s initial success, liposuction is still the second most popular surgical procedure, taking in more than $900 million in 2008, with more than 341,000 procedures performed in 2008.

And then there are the procedures that require surgery no matter what, which remain popular despite the downturn: nose jobs and breast implants. Rhinoplasty was one of the few areas that saw an increase from 2007, up 0.4 percent.

"It\"s necessary for some who have nasal problems, so we haven\"t seen a decrease in that area.

But we have seen a decrease in breast augmentations, which aren\"t a necessary treatment," Ellenbogen says. Breast augmentation was down 11 percent from 2007, but its popularity is still strong, up 482 percent since 1997.

But surgeons say in the three months of 2009, business is starting to pick up again, especially for Botox and derma fillers like Juvederm and Rystalane, which use hyaluronic acid, a naturally found substance in the skin that diminishes over time, versus collagen, to plump up the skin.

"We\"ve seen a 20 percent increase in business since January," says Dr. Shieh. "I think many people are realizing that investing in themselves right now will bring a greater return on investment than the stock market—much quicker, too." That might be a stretch. But in today\"s market, we\"ve all certainly heard crazier things.