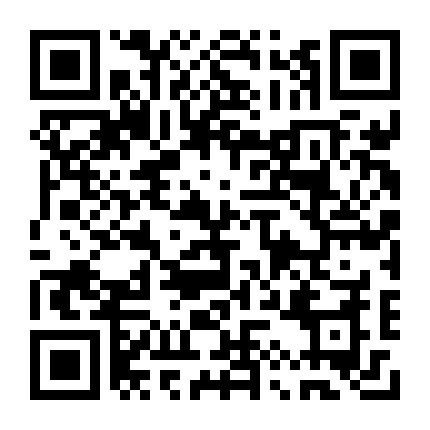 The somatoform disorders are a group of psychiatric disorders that cause unexplained physical symptoms. They include somatization disorder (involving multisystem physical symptoms), undifferentiated somatoform disorder (fewer symptoms than somatization disorder), conversion disorder (voluntary motor or sensory function symptoms), pain disorder (pain with strong psychological involvement), hypochondriasis (fear of having a life-threatening illness or condition), body dysmorphic disorder (preoccupation with a real or imagined physical defect), and somatoform disorder not otherwise specified (used when criteria are not clearly met for one of the other somatoform disorders). These disorders should be considered early in the evaluation of patients with unexplained symptoms to prevent unnecessary interventions and testing. Treatment success can be enhanced by discussing the possibility of a somatoform disorder with the patient early in the evaluation process, limiting unnecessary diagnostic and medical treatments, focusing on the management of the disorder rather than its cure, using appropriate medications and psychotherapy for comorbidities, maintaining a psychoeducational and collaborative relationship with patients, and referring patients to mental health professionals when appropriate.承德医学院附属医院骨伤科杜志峰

Little is known about the causes of the somatoform disorders. Limited epidemiologic data suggest familial aggregation for some of the disorders.1 These data also indicate comorbidities with other mental health disorders, such as mood disorders, anxiety disorders, personality disorders, eating disorders, and psychotic disorders.1,3

The challenge in working with somatoform disorders in the primary care setting is to simultaneously exclude medical causes for physical symptoms while considering a mental health diagnosis. The diagnosis of a somatoform disorder should be considered early in the process of evaluating a patient with unexplained physical symptoms. Appropriate nonpsychiatric medical conditions should be considered, but over-evaluation and unnecessary testing should be avoided. There are no specific physical examination findings or laboratory data that are helpful in confirming these disorders; it often is the lack of any physical or laboratory findings to explain the patient's excessive preoccupation with somatic symptoms that initially prompts the physician to consider the diagnosis.

Two related disorders, factitious disorder and malingering, must be excluded before diagnosing a somatoform disorder. In factitious disorder, patients adopt physical symptoms for unconscious internal gain (i.e., the patient desires to take on the role of being sick), whereas malingering involves the purposeful feigning of physical symptoms for external gain (e.g., financial or legal benefit, avoidance of undesirable situations). In somatoform disorders, there are no obvious gains or incentives for the patient, and the physical symptoms are not willfully adopted or feigned; rather, anxiety and fear facilitate the initiation, exacerbation, and maintenance of these disorders.

Clinical diagnostic tools have been used to assist in the diagnosis of somatoform disorders.8 One screening tool for psychiatric disorders that is used in primary care settings is the Patient Health Questionnaire (PHQ).9 The somatoform screening questions on the PHQ include 13 physical symptoms (Figure 1).9 If a patient reports being bothered “a lot” by at least three of the symptoms without an adequate medical explanation, the possibility of a somatoform disorder should be considered.

There are three required clinical criteria common to each of the somatoform disorders: The physical symptoms (1) cannot be fully explained by a general medical condition, another mental disorder, or the effects of a substance; (2) are not the result of factitious disorder or malingering; and (3) cause significant impairment in social, occupational, or other functioning. The additional characteristics of each disorder are discussed briefly in the following and are listed in Table 1.1

Patients with somatization disorder (also known as Briquet's syndrome) present with unexplained physical symptoms beginning before 30 years of age, lasting several years, and including at least two gastrointestinal complaints, four pain symptoms, one pseudoneurologic problem, and one sexual symptom (Table 2).1 For example, a patient might have chronic abdominal complaints (e.g., abdominal cramping, diarrhea) that have been thoroughly evaluated but have no identified cause, as well as a history of other unexplained somatic symptoms such as anorgasmia, ringing in the ears, and chronic pain in the shoulder, neck, low back, and legs. Patients with this disorder often have made frequent clinical visits, had multiple imaging and laboratory tests, and had numerous referrals made to work up their diverse symptoms.

The diagnosis of undifferentiated somatoform disorder is a less-specific version of somatization disorder that requires only a six-month or longer history of one or more unexplained physical complaints in addition to the other requisite clinical criteria. Chronic fatigue that cannot be fully explained by a known medical condition is a typical symptom. The highest incidence of complaints occurs in young women of low socioeconomic status, but symptoms are not limited to any group.1

Conversion disorder involves a single symptom related to voluntary motor or sensory functioning suggesting a neurologic condition and referred to as pseudoneurologic. Conversion symptoms typically do not conform to known anatomic pathways or physiologic mechanisms, but instead they more commonly fit a lay view of physiology (e.g., a hemiparesis that does not follow known corticospinal-tract pathways or without changes in reflexes or muscle tone), a clue to this disorder. Patients may present in a dramatic fashion or show a lack of concern for their symptom. Onset rarely occurs before age 10 or after 35 years of age. Conversion disorder is reported to be more common in rural populations, persons of lower socioeconomic status, and those with minimal medical or psychological knowledge.1

Pain disorder is fairly common. Although the pain is associated with psychological factors at its onset (e.g., unexplained chronic headache that began after a significant stressful life event), its onset, severity, exacerbation, or maintenance may also be associated with a general medical condition. Pain is the focus of the disorder, but psychological factors are believed to play the primary role in the perception of pain. Patients with pain disorder use the health care system frequently, make substantial use of medication, and have relational problems in marriage, work, or family. Pain may lead to inactivity and social isolation, and it is often associated with comorbid depression, anxiety, or a substance-related disorder.

Patients with hypochondriasis misinterpret physical symptoms and fixate on the fear of having a life-threatening medical condition. These patients must have a nondelusional preoccupation with their symptom or symptoms for at least six months before the diagnosis can be made. Prevalence is 2 to 7 percent in the primary care outpatient setting, and there do not appear to be consistent differences with respect to age, sex, or cultural factors.1 The predominant characteristic is the fear patients exhibit when discussing their symptoms (e.g., an exaggerated fear of having acquired human immunodeficiency virus despite reassurance to the contrary). This fear is pathognomonic for hypochondriasis.

Body dysmorphic disorder involves a debilitating preoccupation with a physical defect, real or imagined. In the case of a real physical imperfection, the defect is usually slight but the patient's concern is excessive. For example, a woman with a small, flat keloid on the shoulder may be so self-conscious of it that she never wears clothing that would reveal it, avoids all social situations in which it may be seen by others, and feels others are judging her because of it. The disorder occurs equally in men and women.10

Somatoform disorder not otherwise specified is a psychiatric diagnosis used for conditions that do not meet the full criteria for the other somatoform disorders, but have physical symptoms that are misinterpreted or exaggerated with resultant impairment. A variety of conditions come under this diagnosis, including pseudocyesis, the mistaken belief of being pregnant based on actual signs of pregnancy (e.g., expanding abdomen without eversion of the umbilicus, oligomenorrhea, amenorrhea, feeling fetal movement, nausea, breast changes, labor pains).

Patients who experience unexplained physical symptoms often strongly maintain the belief that their symptoms have a physical cause despite evidence to the contrary. These beliefs are based on false interpretation of symptoms.11 Additionally, patients may minimize the involvement of psychiatric factors in the initiation, maintenance, or exacerbation of their physical symptoms.

The initial steps in treating somatoform disorders are to consider and discuss the possibility of the disorder with the patient early in the work-up and, after ruling out organic pathology as the primary etiology for the symptoms, to confirm the psychiatric diagnosis. A psychiatric diagnosis should be made only when all criteria are met.

Discussing the diagnosis requires forethought and practice.12 The delivery of the diagnosis may be the most important treatment step. The physician must first build a therapeutic alliance with the patient. This can be partially achieved by acknowledging the patient's discomfort with his or her unexplained physical symptoms and maintaining a high degree of empathy toward the patient during all encounters.

The physician should review with the patient the diagnostic criteria for the suspected somatoform disorder, explaining the disorder as for any medical condition, with information regarding etiology, epidemiology, and treatment. It should also be explained that the goal of treatment for somatoform disorders is management rather than cure.

Once the diagnosis is made and the patient accepts the diagnosis and treatment goals, the physician may treat any psychiatric comorbidities. Psychiatric disorders rarely exist in isolation, and somatoform disorders are no exception. Clinically significant depressive disorder, anxiety disorder, personality disorder, and substance abuse disorder often coexist with somatoform disorders and should be treated concurrently using appropriate modalities.13

Cognitive behavior therapy has been found to be an effective treatment of somatoform disorders.16–21 It focuses on cognitive distortions, unrealistic beliefs, worry, and behaviors that promulgate health anxiety and somatic symptoms. Benefits of cognitive behavior therapy include reduced frequency and intensity of symptoms and cost of care, and improved patient functioning.22

Collaboration with a mental health professional can be helpful in making the initial diagnosis of a somatoform disorder, confirming a comorbid diagnosis, and providing treatment.23 The family physician is in the best position to make the initial diagnosis of somatoform disorder, being most knowledgeable of the specific presentation of general medical conditions; however, collaboration with a psychiatrist or other mental health professional may help with the subtleties between these disorders and their psychiatric comorbidities, the severity of disorders, and the time demands in caring for these patients. Results of a recent, small randomized controlled trial conducted in the Netherlands, which combined cognitive behavior therapy provided by general practitioners with psychiatric consultation, suggest improvements in symptom severity, social functioning, and health care use when multiple interventions are employed.24